DRRT Continues to Expand Its Global Reach With Action Against Abengoa

DRRT continues its forward momentum by adding Spain to the extensive list of countries in which it operates via involvement in the ongoing criminal proceedings against Abengoa seeking recovery for losses arising out of the company’s accounting fraud and manipulation.

As a result of Abengoa’s blatant accounting manipulation, in January 2017 the Spanish firm IUS + AEQUITAS, a member of the Diaz, Reus & Targ (DRT) International Law Firm & Alliance, filed a criminal complaint on behalf of hundreds of affected investors seeking losses against Abengoa and others including its former president, CEO,and auditor Deloitte. DRRT is working directly with IUS + AEQUITAS to add affected investors to the criminal proceeding during the current investigation phase on a risk-free, “no win, no fee” basis. 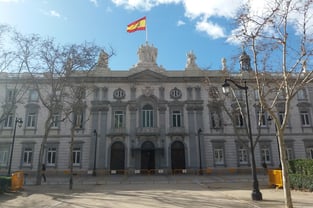 Founded in 1941, Abengoa is a Spanish multinational company in the green infrastructure and renewable energy sectors. The company expanded rapidly after entering the renewable energy industry in the 1980s, and in 2007 it established the first commercial solar thermal power plant in Spain, using mirrors to reflect the sun’s rays into a concentrated area, generating temperatures hot enough to create steam and power a turbine to generate electricity.

While the company’s rapid expansion brought new opportunities, it was built on fraudulent accounting, misrepresentations, and massive borrowing beyond its means. There have now been numerous indications of Abengoa’s criminal activity involving inaccurate account information. According to its accounts from June 2015, in just one year the company went from reporting €28 million in assets, €3.3 billion in revenue (a 3% increase over the previous year) and profit of €72 million (a 5% increase over the previous year), to suddenly showing a situation of insolvency. Serious accounting irregularities aimed at hiding losses had been detected, with these practices evidenced through letters exchanged by the company's executives with specific instructions for the fraud, some of them coming directly from Abengoa’s former chairman, Mr. Felipe Benjumea.

These events led Abengoa to submit a pre-insolvency application in November 2015 to the Commercial Court of Seville, followed by similar submissions all over the world on behalf of its subsidiaries. The company reached a Restructuring Agreement in September 2016 involving reductions in most of its prior debt and payment delays of up to ten years. Hundreds of thousands of stakeholders and bondholders suffered significant losses.

Although there is also the possibility that a civil action against Abengoa will be initiated in the future, the current use of a criminal proceeding as a recovery format for investors highlights the characteristics of Spain as a unique jurisdiction for investor loss recovery. Spain does not have the “opt-in” or “opt-out” class action procedure found in the U.S. and various European countries. Group actions akin to multi-party litigation are possible, but only for consumers and without any representative features. They can be started by a consumer association – in which case judgments can be made in favor of the association but still requiring that individualized damages be detailed for each affected member – or by the affected consumers themselves.

We are optimistic that Spain can be a favorable jurisdiction for future cooperation and cases that can yield positive outcomes for investors, and that the criminal proceeding is currently the best option for investors to recover damages in this scenario. In addition, DRRT has considerable experience in utilizing criminal cases as an avenue for loss recovery, and in adding claimants to these proceedings, such as in the 2016 and 2018 criminal proceedings against Banca Monte dei Paschi di Siena SpA (“Banca MPS”) in Italy based on fraudulent reporting of transactions. These proceedings have resulted in guilty verdicts against Banca MPS and the other defendants, which are beneficial for use in settlement negotiations with those parties or in potential civil proceedings to obtain a recovery.

Investors interested in participating in the criminal proceeding against Abengoa on a risk-free basis should reach out to ClientRelations@drrt.com for more information about the action, and for a confidential, complimentary analysis of transaction data for the applicable ISINs and relevant period.